Everything you need to know

Any crime you commit such as pickpocketing, robbing, killing someone, robbing a store or exporting a vehicle will get you a warrant and you'll be then chased by cops, so always watch your back. There are five levels of crime, each shown with its color on your radar blip, starting from yellow at level one to red at level 5, once you reach level 5 you will be most wanted, which means you will be treated as a life-threat, and anybody can kill you. Also a bounty will be put on your head, so watch your back constantly. 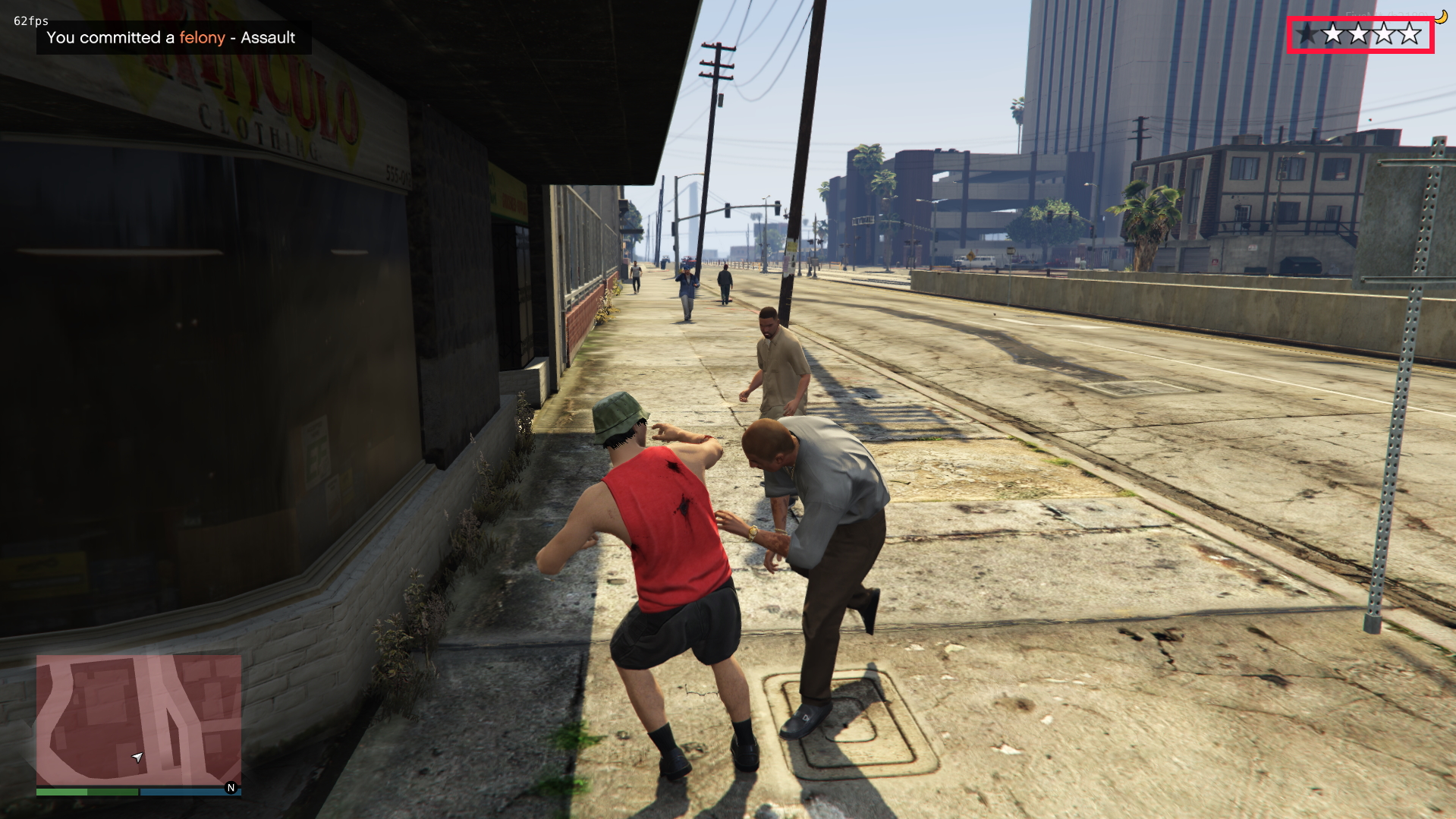 In case you want to be collaborative and compliant, there's always the option to surrender. Once cops are nearby press X to get on the ground, the cops will arrest you and get you straight to jail. 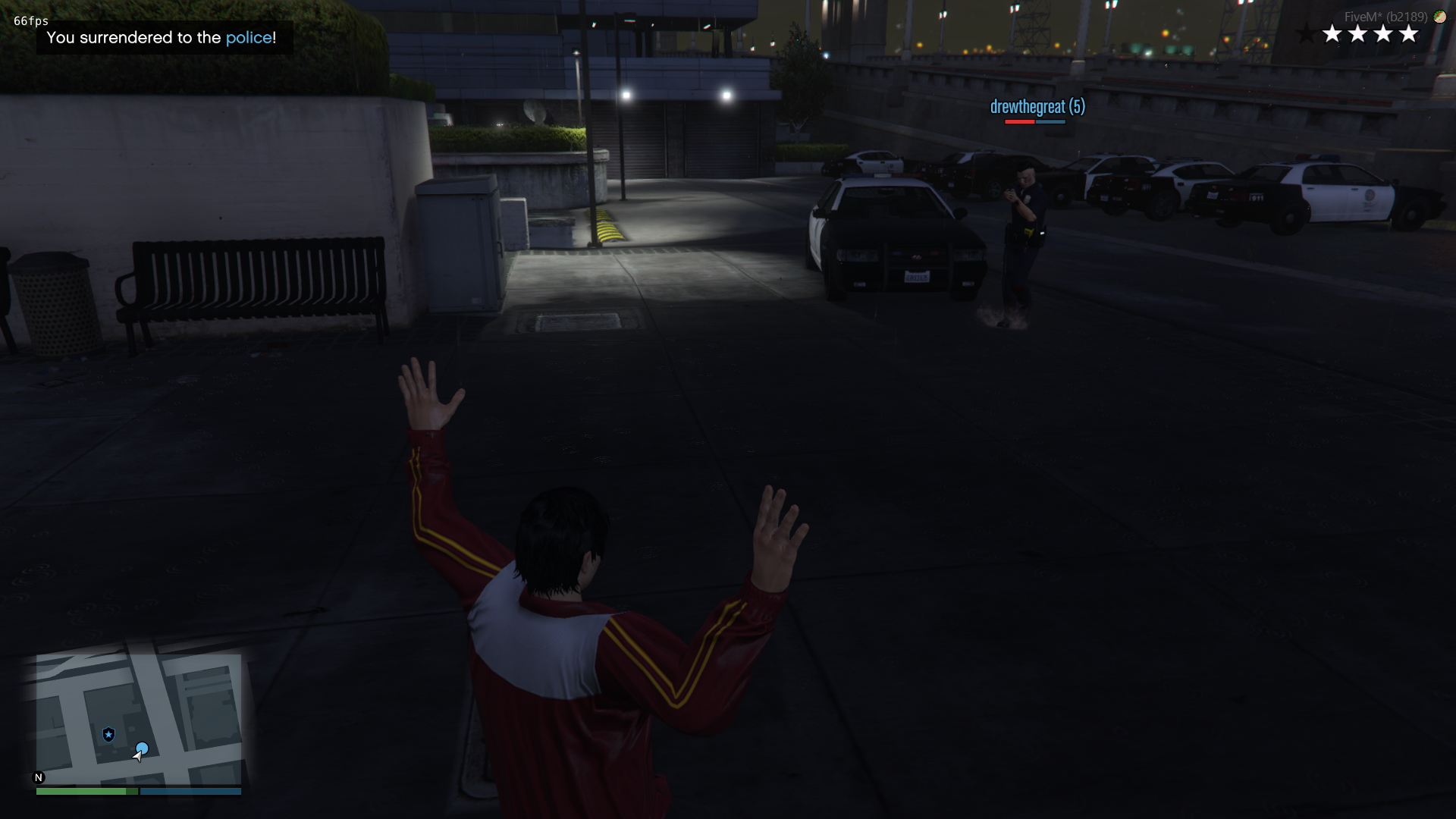 Once you get arrested by a cop, you will be sent to jail; You will respawn outside the PD and pay the bail issued to you. 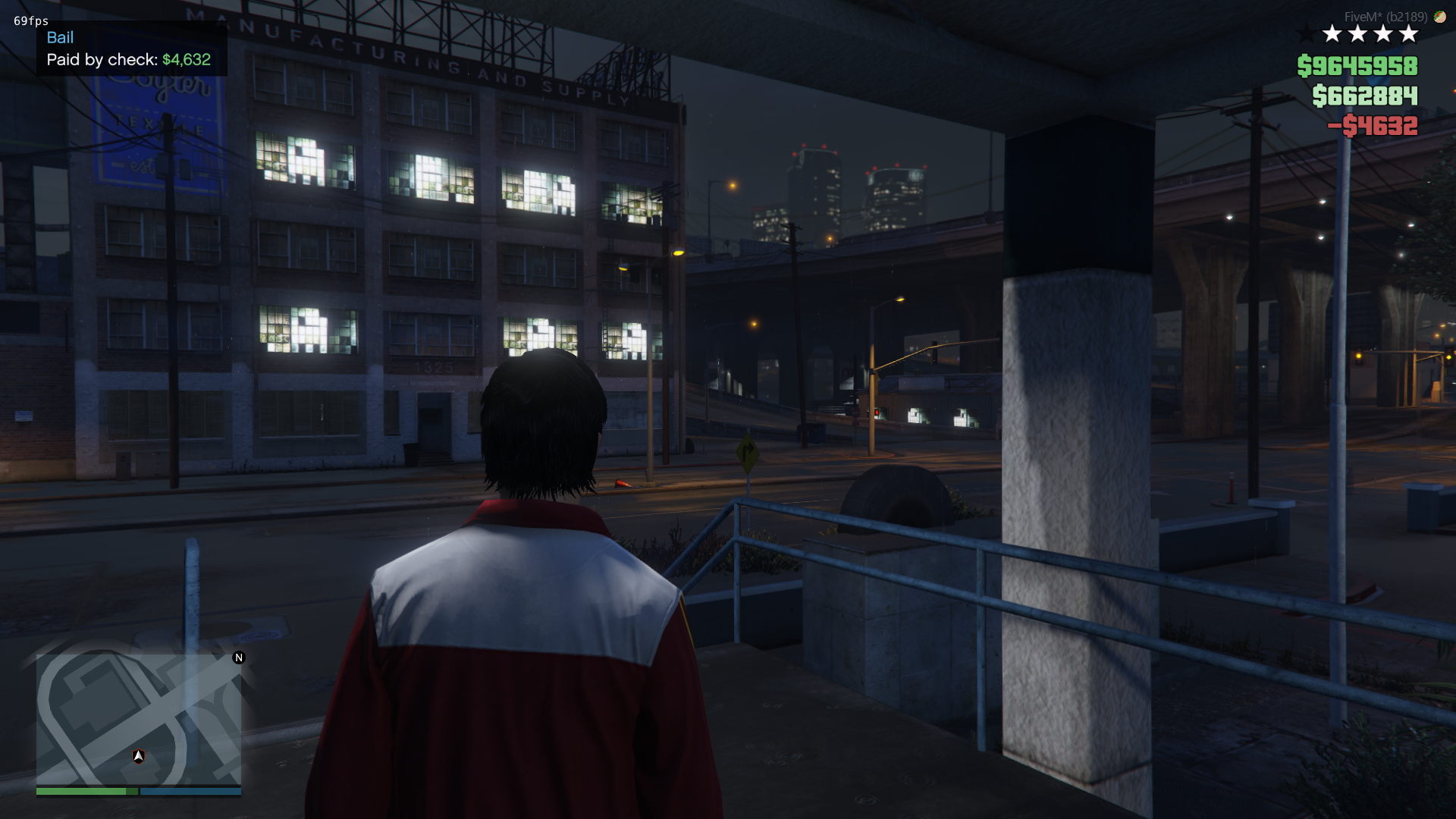 You can attempt to pickpocket a NPC (non-playable character) by getting behind them closely and pressing B, you might or might not get anything, in case you success you'll have the NPC's belongings, but in case you fail, what you'll have is a warrant, so you better press that gas pedal and get away from the cops as fast as you can. 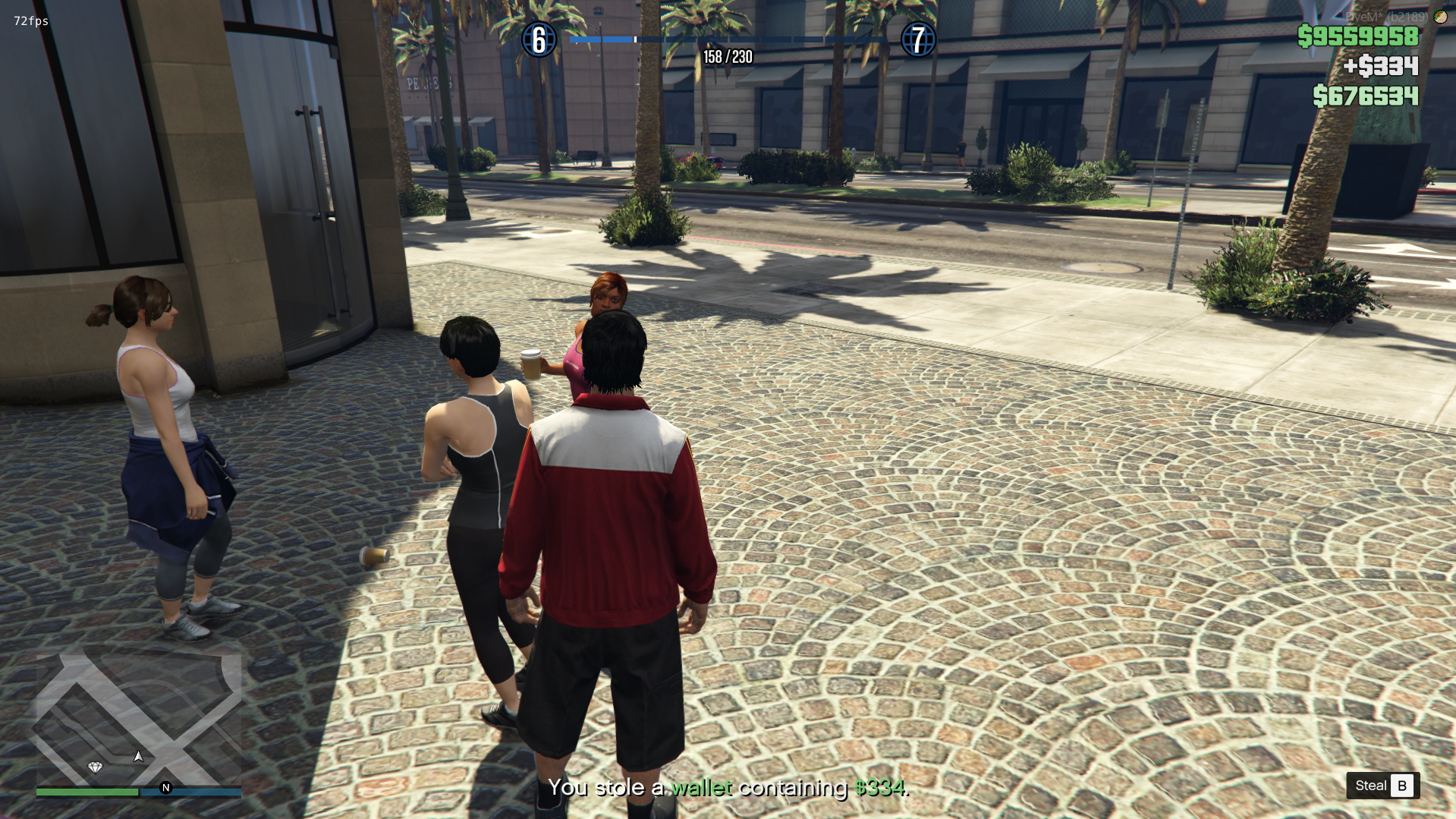 If you own a gun, what you can try to do first is attempting to rob a store by pointing your gun at the clerk, but be careful, the clerk can be either collaborative or hostile, in any case though, you're gonna get a warrant. 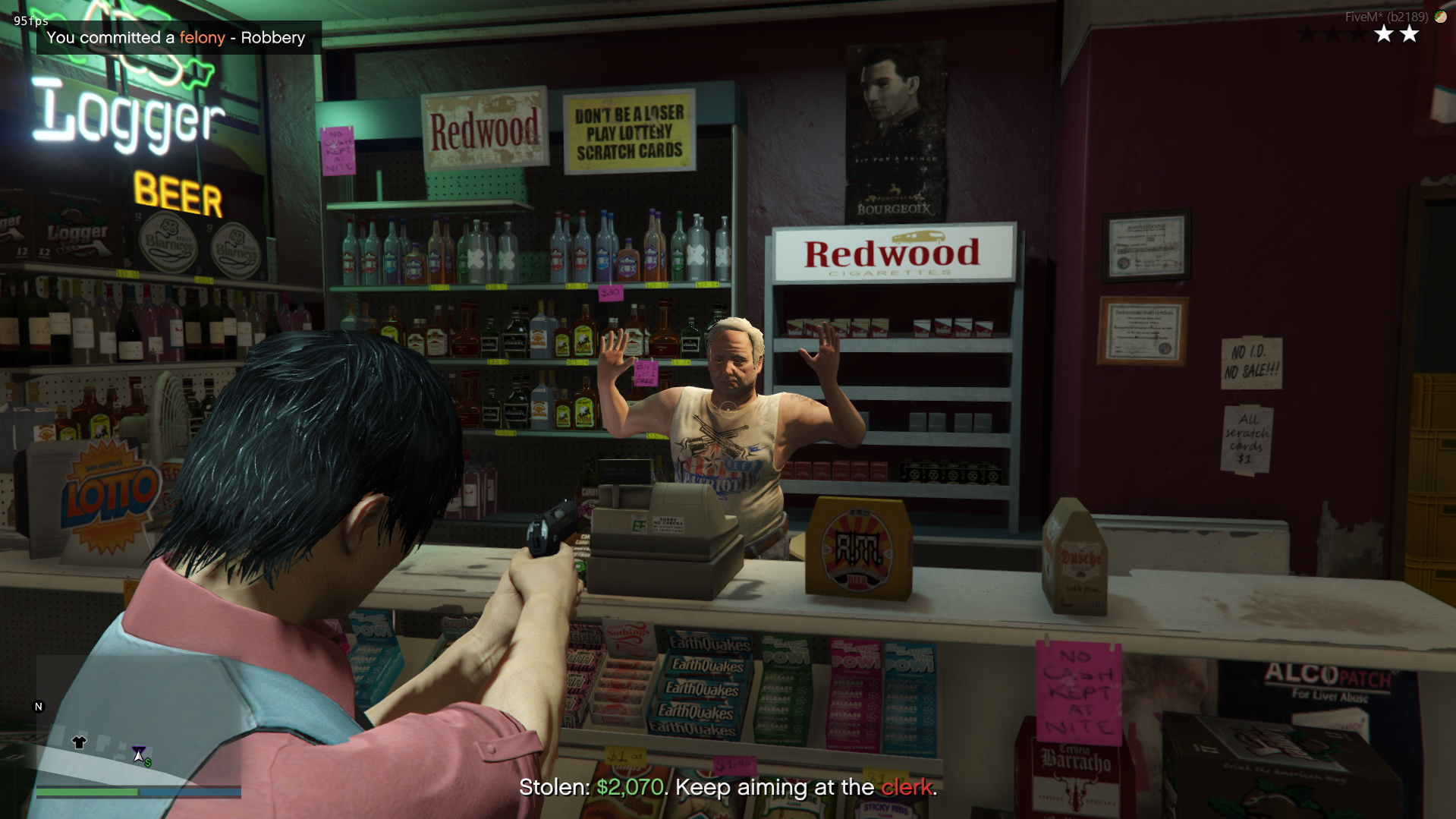 Exporting vehicles is another nice way to start seeing the cash flowing into your bank account. Find a car that can be sold, press Y once prompted and follow the directions to get to the extraction place, once there press Y in the red circle too sell the car. 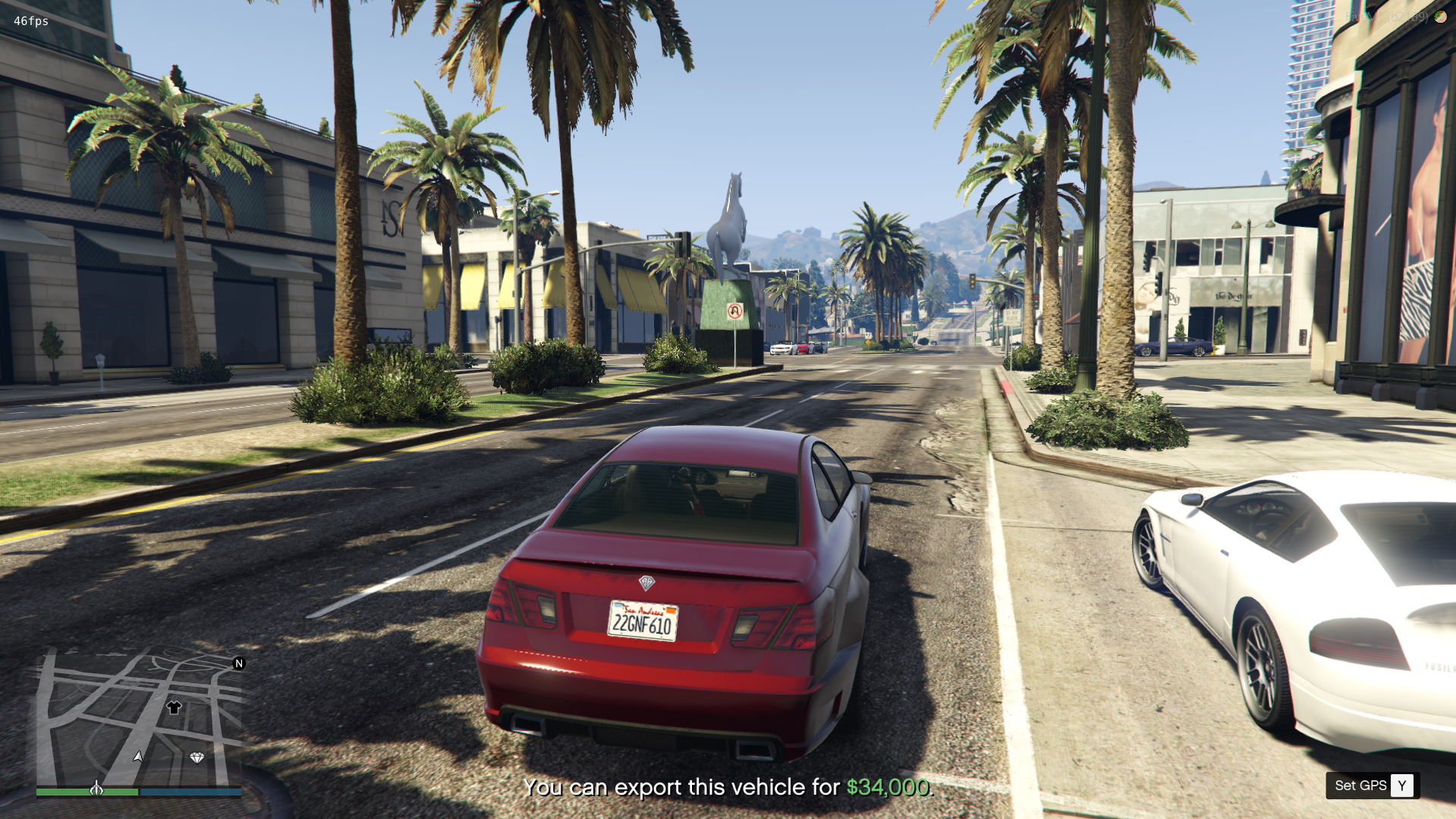 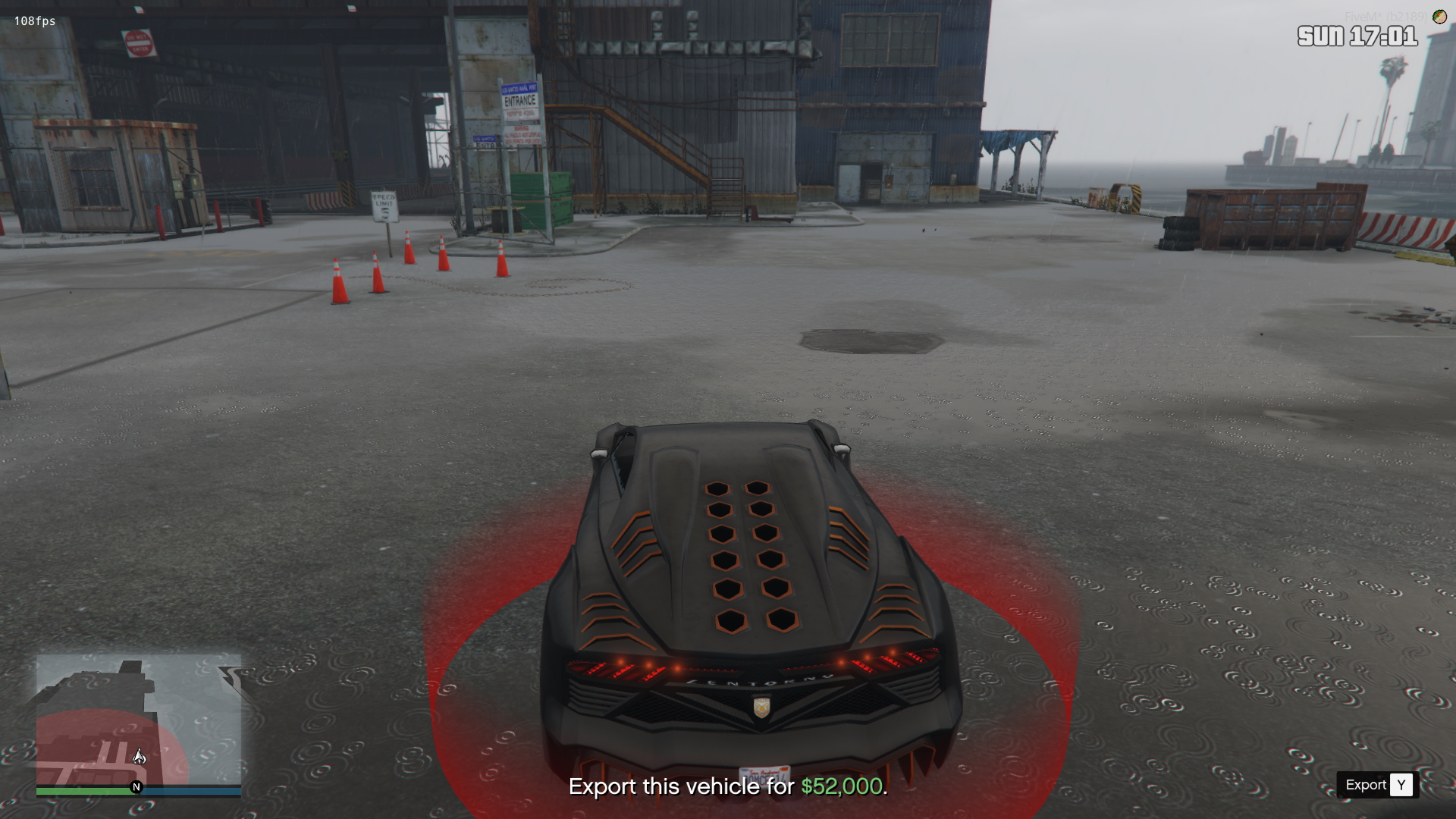 If you feel confident enough to do it, and you're sure you have everything you need first, you can go ahead and try to catch a head. All most wanted players are visible withing a large range for your pleasing. Stock up on guns, ammo, and equipment before entering the chaos. 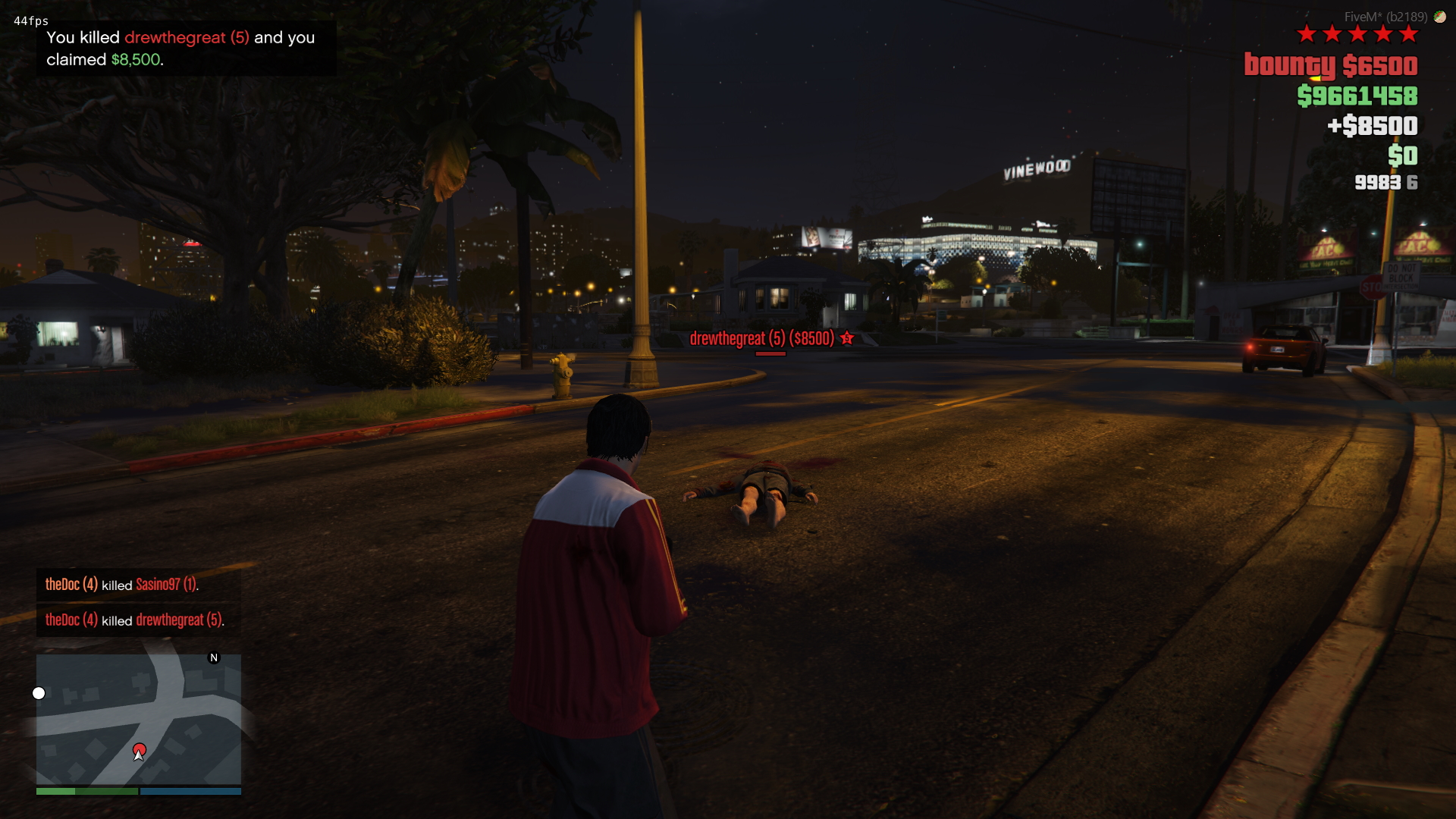